I’ve interviewed and coached hundreds of people who don’t sit in the CEO chair. And here are the completely un-scientific results of the CEO behaviors that annoy them most.

Like many families, we are navigating the transitions that come with aging parents.

Last week, several of us gathered for a family meeting to discuss my dad’s transition from home into a care center.

He has been on an Alzheimer-like slide for several years and today is almost fully dependent on others for routine care. It isn’t an easy discussion.

My young-adult daughters and their 16-month old cousin were both there, along with my dad’s wife and two of my brothers, plus my younger brother’s wife. I liked the generational involvement. This isn’t something to be kept hushed up for just the “adults”. It’s a family thing.

It’s no surprise that I am sensitive to the emotional experience for each of us. In turns, I felt sad and tender. I felt compassion toward my dad’s wife of 23 years. I felt a certain joy that my daughters were able to contribute and participate. I felt proud of my older brother taking a mature leader posture. I was struck by the lack of discord and the abundance of care and concern.

On the drive home, my daughters and I processed things a bit more. I asked “what came up for you?” in the discussion and was impressed by their awareness and thoughtfulness.

It’s an unfolding story.
Posted by Vince Corsaro at 9:40 PM

A friend just landed in Mumbai for a month of training to fly for their national airline. He’s been a pilot his whole career but for a technical rule around age he can no longer fly for an American company. But that’s not the story here.

We’re chatting on Skype like we were across town. He’s talking about the masses of humanity living in squalor… like scenes from the current sleeper hit “Slumdog Millionaire…” and about his hotel being in the middle of nowhere, and the company being somewhat less than efficient, and the omnipresent layer of dirt. So, how’s it going? “Fine…” he says.

Well, in my world, “fine” is about as bad as it gets. It’s one of those words that if it means anything, it’s bad. Kind of like “good”... it’s a word that communicates nothing. So, I shifted gears…

“Ha! So, you just clicked into work mode!”

Accusation accepted. And, I really wanted to know. I could sense his discomfort.

“Well, I’m apprehensive. I’m unsettled. I don’t know how this is all going to work out.”

It’s too bad that we’re so conditioned to answer with words that mean nothing. “Good”, “Fine”, “Great”, “Better”, and a dozen others are simply throwaways if you ask me. They’re only worthwhile when you run into someone at the grocery store and don’t want to engage.

If my desire is authenticity in relationships (and it is), perhaps then it is useful to come up with words that actually mean something... “Apprehensive.” “Unsettled.” “Afraid.” “Tender.” “Excited.”

Change is a tricky thing. We say we want it, but there is something that keeps us from doing it.

I was with a management team doing a workshop on change and commitment. Someone said they would like to shed a few pounds (30% of all people in all groups I work with say this, so no one’s identity is at risk here) but haven’t been able to do it.
As we worked through the change process questions, this individual gave me a gem.

When I asked, “What’s at risk for you to change and make a new commitment?”, they said…

“Because if I really made that change, it would shake my belief that I can never change. It would mean that I am better than I think I am. It would mean I wouldn’t be able to use “I can’t change” as an excuse in anything anymore.”

Why Did You Do That? 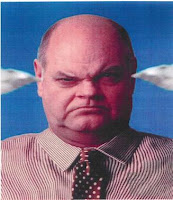 "Because I thought it would work"
"Because I’m an idiot!"
"Because you didn’t give me the tools I needed to do it differently!"

Defend, defend, defend. That’s what happens when we ask someone… “Why?” And, defending ourselves, or our actions, is good for a low-learning trip into the rat hole. So, what’s the option? How about any of these…

“What did you learn?”
“What options did you consider?
“How might you do it differently next time?”
“How’s that working for you?”

I’m with a CEO these days who is entrenched in the “why?” question.

In observing his behavior, my sense is that some of the “why?” questions come from the critical voices firing off in his own head. But, I’ll save that for another day.

Suffice it to say that “What?” and “How?” questions tend to lead us to a place of high-learning curiosity. And, that’s good for a trip out of the rat hole.

What Do You See?

A friend met up with a group of young people who lived in a densely populated urban area and joined them on a visit to a nearby undeveloped island... where grasses and trees and dirt and rocks dotted the landscape.

On their visit, they came upon a small beach area that had been formed where a creek came from the mountain top through the canyons and met the ocean. The beach was littered with driftwood, rocks, some branches and twigs that had been carried down by the seasonal flow of the creek. There were also the remnants from other visitors who had been to the same spot- empty soft drink bottles, food wrappers, a cracked Frisbee and some other man-made debris.

“Do you see this?” my friend asked. “Would you be willing to help clean up this area?” The group willingly complied and set out to the task.

A few minutes later, my friend returned to see what the group had accomplished. There, in the middle of the beach was a growing pile of driftwood, rocks, branches and twigs. And, remaining scattered throughout the area were empty soft drink bottles, food wrappers, and the cracked Frisbee.

Perhaps, a better question may have been, “What do you see?” 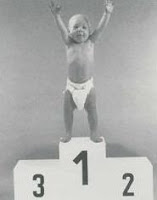 The other day a friend was lamenting the loss of his company three years ago. He had been "#1" in his field and was very well respected. The problem was that the landscape changed, the needs of the marketplace changed, and the need for what his company provided changed.

Things change. We lose things that are dear to us.

He went on to ponder… “It seems to me that sometimes we can use an experience as a stepping stone to something new and better, and other times we make experiences- both good and bad- into monuments that hold our gaze and keep us trapped in “what was...”

After chewing on it a bit more, it became clear that my desire is to create more stepping stones... “What did I learn?” “What worked well?” “What might I do different next time?” Celebrate the accomplishment and grieve the loss if that’s what it was... and move on.

We all get stuck at times gazing at our monuments. I get stuck. “None of us are as good or as bad as our reputations suggest…” comes to mind. And, when we’re stuck, we can ponder on "How might I turn that monument into a stepping stone?".

What do you think?
Posted by Vince Corsaro at 5:40 PM