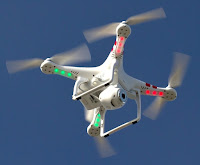 Sometimes it is helpful to take a step back and ask myself, “what really happened?”  What I mean by “really” is… what was the visible, verifiable, observable, recordable by a drone flying overhead thing that occurred in real time?


Because, my mind is very good at making up stories.  I can take a set of facts and have a field day writing a story of what I wanted to make whatever happen mean.


So, on August 23, I was with my Dad when he stopped breathing.  For several hours before, I had been quietly saying to him in his un-responsive place, “Dad, your job here is to breathe.  Just breathe.  And, you’re almost there.  You can do it.”  At 9:15pm he was breathing.  At 9:20pm he was not breathing.  A few minutes later, two nurses came into his room in the Care Center and declared that he was no longer alive.  Those were the verifiable and visible facts.


I have a belief that there is an invisible realm.  We can see neither our “mind” nor our “spirit.”  They are invisible and non-locatable.  So, while my Dad’s physical, observable, body was no longer judged to be alive, I make up a story that his invisible parts are very much still alive and well.  Actually, in my story, my Dad’s invisible parts are better off than they have been since he started slipping into dementia years ago.  And further, like many many people before me who have reported similar experiences, there was the briefest moment in my dad’s passing where I believe (and, beliefs are just another story I make up) that the invisible realm became visible to him.  I saw it in his eyes.  I saw it in the smile that spread across his face like the one that always followed that first bite of the McDonald’s ice cream sundaes I used to sneak in for him.  “That’s goooooood” he would say in his gravely voice.  He was seeing beyond what I or any of us on this side of the line can see.  There was no fear.  Only love.  And, it was good.


Love Wins.  It’s the title of Rob Bell’s groundbreaking book.  And, it’s a theme for my life.  After 9 ½ years in the care center and perhaps a decade of decline before, Love won with my Dad.  The visible gave way to the invisible and it was good.  Many raised in the Christian tradition are a bit sheepish about suggesting that God might win the day with every single life that transitions out of the physical and visible realm.  It got Rob fired as a megachurch pastor.  I know I was skeptical.  It’s a scandalous idea when you’ve been taught to think in terms of eternal heaven and eternal hell.  And today, I’m here to say, Love Wins.  Every time.
at September 01, 2018