Where did you learn that? 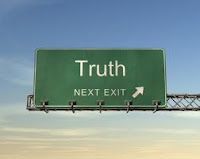 Sometimes then, when I can become an observer of my own life…I can remember those times and places where I learned something about myself that was untrue, when I was given a false belief about myself.  Who did I learn it from?  What was going on?  What did I learn to believe?  And as I observe my life, I can inquire how that belief has played out.  Showed up.  Caused me pain.


And, I can name the belief.  I can recognize how it perhaps served me once and to acknowledge today that it does not serve me now.  I can embrace a new belief.
What is the belief that you might release, or let go of today?
Posted by Vince Corsaro at 5:13 PM