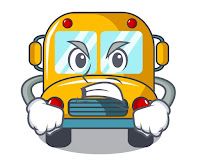 A while ago I was speaking at a retreat for couples, sharing some clean communication skills and how to clear issues. Only, the issues they were bringing up in practice were, well, bland at best. Nothing juicy. And, I like juicy. I mean, if we’re going to work, let’s WORK!

So, I asked if one of the women would come up front and role play with me. I’ll be the husband coming in from work and have an issue, I said. She said, okay.

And, off I went. Only, I kept going. What was supposed to be a role play all of a sudden was waaaaay tooooo real. I was having a ball! My dark little internal predator was out to play and we were letting this poor woman have it!

She was a little shocked. And then, the other women in the audience came to her defense. “What was that?!?” they cried. I took a step back and breathed.

“You weren’t clearing an issue… you were on the attack!”

The men came to my defense. “What’s the problem?” they said. And the room erupted.

Finally, I was able to restore order and get a word in. “Okay. I’ll own that I was on an emotional roll. There was more going on than just this moment. And, I’ll ask everyone to own your judgments of the scene as just your judgments. I’ll own my part. You own your part, okay? And now... everyone breathe.”

So, here’s the deal. In a nano-second, some old emotional baggage found a crack and leaked out. My internal predator was driving my bus. So, instead of clearing an issue and talking about the emotions involved, my emotions were driving the bus in that moment. It's the difference between "being in" my emotions versus "talking about" my emotional experience.

When I stepped back to breathe, I was able to ask myself “What’s really going on here?” and own it and bring it out into the light. No defensiveness, just curiosity.

Later in the session, we all had a good laugh about how our emotions can sometimes drive the bus. A teachable moment indeed.
Posted by Vince Corsaro at 5:35 PM